The next morning we stopped by Marial Bai town to pick up Mawiir's brother, then headed out to visit his family compound, just a few miles outside town.  Streets and paths are neither marked nor named, so you have to know where you're going!  And because the terrain is so flat, you don't have far-off hills or anything else to use as landmarks.

When we arrived we were met by many eager relatives, but the first order of business was for Mawiir to visit his mother's grave.  He last saw his mother in Khartoum in 2003; she passed away in 2005.  Quite an emotional moment! 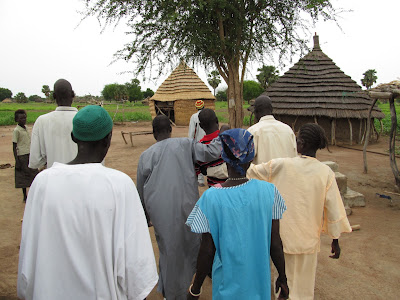 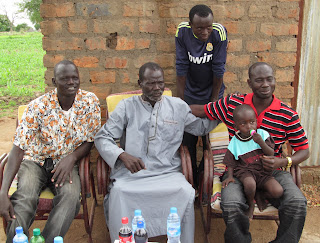 Mawiir was happy to see his brothers, and also met quite a few younger relatives for the first time.  Lots of picture-taking all around... 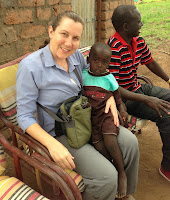 We got in on the introductions, too; here's Taeler getting acquainted with one of the young nephews. 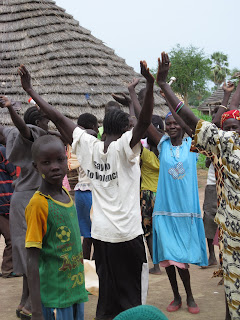 The day turned into quite a welcoming ceremony.  No speeches (this time) but several of the local churches' choirs showed up to sing, dance, and even preach a little.


After the festivities ended, we took a walk to see the nearby river.  Since rainy season had just started, the river had some water flowing, perhaps 2 or 3 feet deep at the middle. 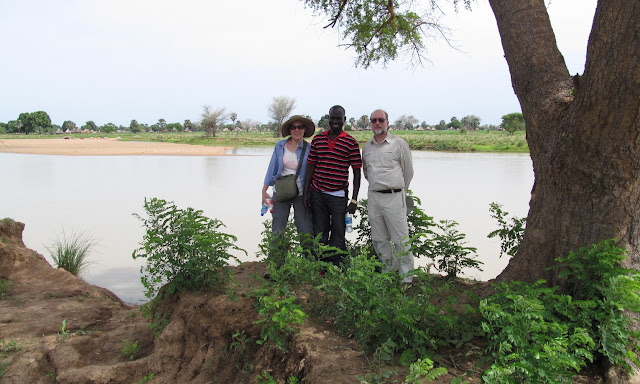 During dry season, the flow completely stops and people have to dig down into the riverbed to get water, and eventually even that dries up--hence the proverbial "long walk to water.". In contrast, at the height of the rainy season the river is full and sometimes even floods its banks.  At the moment, people can easily get water from the river, but it's not safe for drinking.


At the river's edge we also encountered a sad relic of previous development efforts. Several years ago, someone had gotten the government to donate a large supply of bricks for building a local school.  But the rest of the materials were not provided, people didn't have enough money to buy them, and anyway there were questions about land title for the possible sites.  So the bricks just sit in stacks where they were offloaded from the barges, slowly returning to the dust from which they were created. 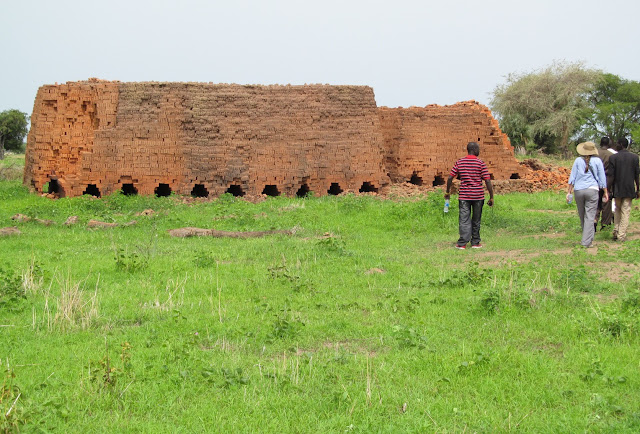 But the interest in education was there!  So, too, was interest in other development related efforts.  Some of the local women had started vegetable gardening near the river--unlike their staple crop, sorghum, what they were trying to grow was definitely not drought-resistant.  Hence the garden plot right at the river bank, so they could irrigate it as needed. Even in the rainy season, there can be a week without rain, and at equatorial temperatures tomatoes, cucumbers, and the like would not survive a week without rain. 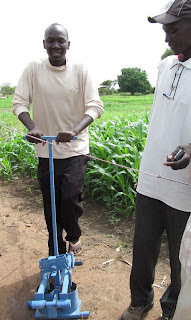 But carrying the water by bucket was too time-consuming, and the foot-operated irrigation pump that someone had come up with didn't work very well (though I didn't quite understand what its shortcomings were.)

We heard about this need for irrigation equipment, and for schools, and more wells, and a local clinic, wherever we went.


After we returned from the river, we visited with the local chief and elders for a while. 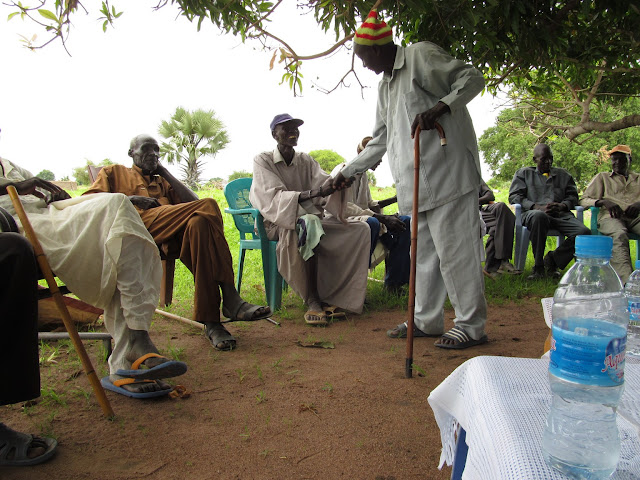 This uninvited guest tried to crash our party.  No one seemed too worried as they were sure he was not poisonous. Hope they know their snakes! 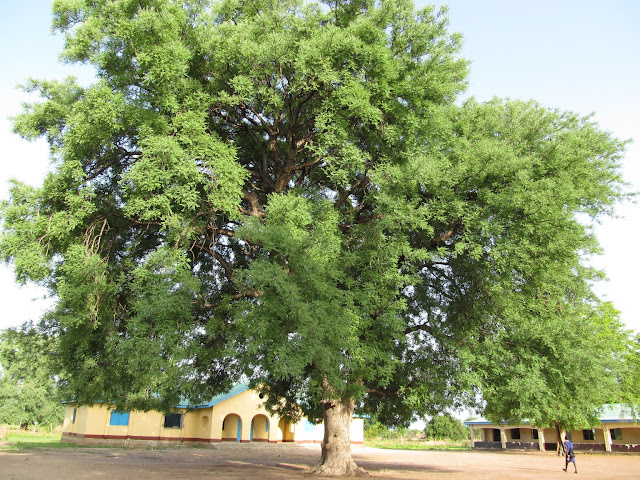 We returned to the Marial Bai Secondary School in the late afternoon, in time for a tour of the facilities.

MBSS is a boarding school, serving students from around the Marial Bai area.  They have a few day students, but because of the lack of transportation almost all the students are boarding students, even if their homes are only 5 or 10 miles away.

A generator had been donated to the school, but unfortunately it was gasoline powered rather than diesel, and gas was fairly hard to come by.  For lighting, teachers relied on rechargable LED lanterns with solar panels.  Conveniently, both the solar panels and the lanterns themselves could be used to recharge the common types of cell phones. 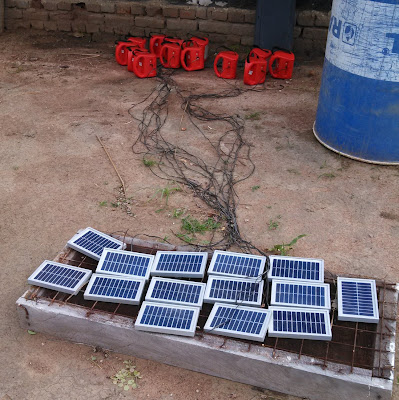 What a long day!  It was a precursor to the busy pace we were to keep up throughout our time in Africa.