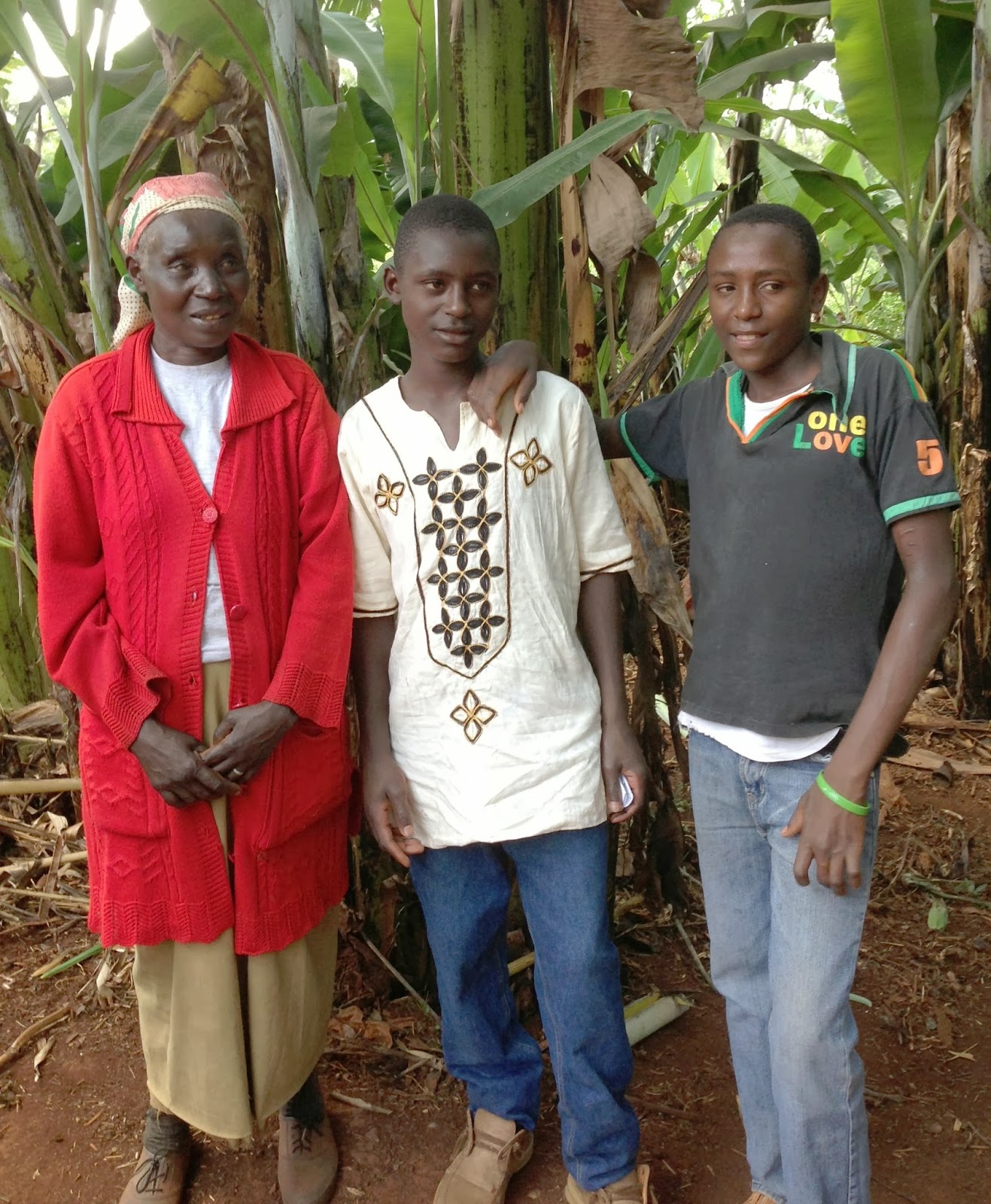 In the part of Meru where most of the sponsored kids come from, the firstborn son is named for his father’s father, and the firstborn daughter is named for her father’s mother.  In most cases the child is given a name that reflects the character of her paternal grandfather or grandmother, rather than the grandparent's actual name.  Thus, a boy might be called Mwenda, or "Loving", because his paternal grandfather was known to be loving. A girl may be called Kagwiria, because her paternal grandmother was a joyful person. A second boy or girl in the family would be named in the same manner, but to reflect the character of the maternal grandparent. These names are in the mother tongue of Kimeru and are the names the children go by in the family, in the village and at school.

When a child is baptized, he or she is given an English/Christian name. Mwenda may now be Josiah Mwenda. Kagwiria may be Hannah Kagwiria. When a woman marries she may acquire a third name, her husband’s given birth name. Using the above example, the woman may also be known as Mrs. Mwenda. This tradition has been increasing due to Western influence.


For more about names, please read the "The Name Game" on our blog.
Posted by Kirk Parker at 11:42 AM

Their offering is divided into five classes; sports activities, on line casino, live vendor on line casino, poker, and horses. Several NJ on-line casinos offer free demo variations of their table 바카라 video games and slot machines. This allows gamers to pattern some free spins or play quantity of} palms to become comfortable with the video games earlier than playing in} for real cash.